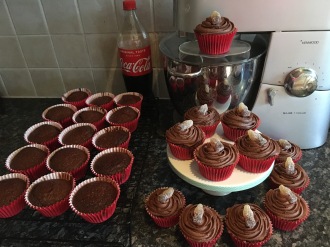 They sound fun and tasty, so I gave them a try. I used a book from the library called ‘Wicked Cupcakes!’ by Luisa Zissman. She was on The Apprentice years ago, apparently, and has a cupcake shop….sure it had to be a success eh…

Well they were, but her recipe makes way more than 12 cupcakes. I made 27 cupcakes !! (see pic). Not sure about the math on this one. I kinda knew that any recipe, using 420 g flour was going to make an awful lot of batter. That said, I like to stick to the recipe on go one and then make alterations. My big recommendation for you guys, would be to halve the cupcake recipe! Keep the buttercream quantities, as that was perfect for 12 cupcakes.

All 27 got eaten. The un-decorated cupcakes were nice and light. The combination of cola cupcake and cola buttercream, does produce a sweet cupcake – but sure what do we expect. They are nice though, but one at a sitting is definitely enough! 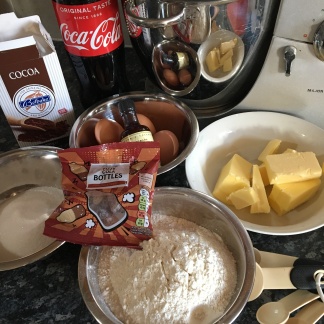 Cupcakes: (I recommend halving the quantities) 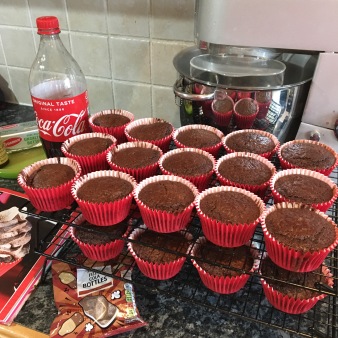 and would be delighted if you checked out my pages 🙂