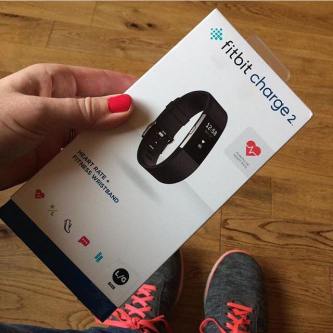 Ok, if you think 2018, is going to be your year to get fitter or more active, you might want to read on. I bought a Fitbit charge 2 last year and it is without a doubt, my best purchase of 2017. I will admit, I fought buying one for a while. I didn’t want to turn into one of the those people, who bang on about steps all the time….

But I did and I do! I love it. I am definitely more active as a result of wearing my fitbit. In the Summer, I got lazy and took my watch off for the summer. I ended up doing hardly any steps and put on half a stone. Eek

I do also like that the watch, monitors my heartbeat and sleep, but the steps function is the main reason I bought one.

I was unaware, that there was such a thing, as a ‘workweek hustle’ until a few months ago. Oh lord, it’s a step challenge that goes on for 5 days with you and some fitbit friends. It’s a great way to see who is competitive in the gang. You see your friend’s true colours! We all got sucked into being step crazy. I just completed a hustle last week, by bed time on Friday evening, I was exhausted but I had done over 80,000 steps in 5 days. And no, I didn’t even win.

Not an ad. Not sponsored. Just love my fitbit.